Are you ready to get this Dragon into the battle arena? His thousands of fans will be watching him and expecting him to win, because he is the star! He is the one and only, the unique, the amazing, the invincible Wrestler Dragon! 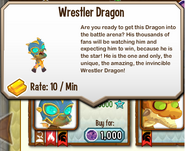 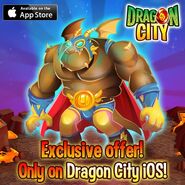 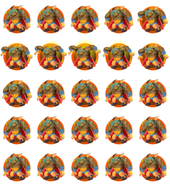 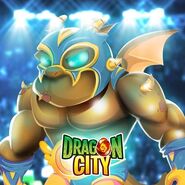 Add a photo to this gallery
Retrieved from "https://dragoncity.fandom.com/wiki/Wrestler_Dragon?oldid=314384"
Community content is available under CC-BY-SA unless otherwise noted.