Automated names are the names that automatically given by the game after your dragon's egg hatched. You can change these names to whatever you would like. However, changing a dragon's name after the egg hatched would not be considered as an automated name. Automated name could only be maximum of nine characters in length. 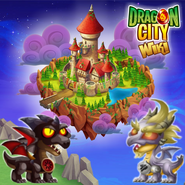 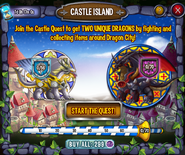 Add a photo to this gallery
Retrieved from "https://dragoncity.fandom.com/wiki/White_Knight_Dragon?oldid=337788"
Community content is available under CC-BY-SA unless otherwise noted.