The Sun Dragon lives inside the solar corona. When there's a sun storm, you can see it dancing with the flares, just like a child splashing in a swimming pool.

Automated names are the names that automatically given by the game after your dragon's egg hatched. You can change these names to whatever you would like. However, changing dragon's name after the egg .hatched would not considered as an automated name. Automated name could only be maximum of 9 characters in length. 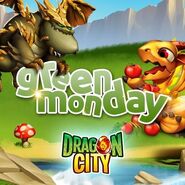