This dragon is one of a few remaining sorcerers, hunters for hire gifted with supernatural powers. Despite his appearance, he always protects and defends the helpless, even if his methods are sometimes considered politically incorrect. 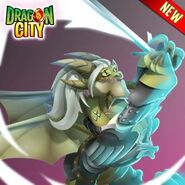 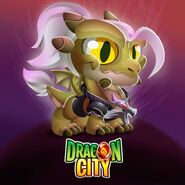