Edit
This page is currently under construction. We will do our best to complete it as soon as possible. You can help us out by expanding it! 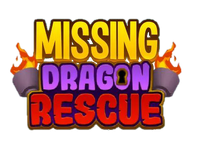 The Missing Dragon Rescue is a permanent event where you can join a 7-day dragon rescue. After every rescue, you can start another by choosing a dragon to rescue. When starting a rescue you'll have to spend Dragon Rescue Keys which can be gained in temporary events. To progress, you will have to fight in each tile using 6 dragons against other 6 dragons and at the end the dragons will fight a boss which guards the dragon that will be rescued. The event is unlocked at level 25.

Varying from different dragons, the event usually takes up to 6 days to complete.

The higher the dragon’s rarity, the harder the battles will be. Battle difficulty increases progressively along the nodes. Grow and strengthen your dragon collection… It’s time to strategize! Having a large variety of strong dragons will help you on the road to success!

To win, you use a team of 6 dragons. It has a 4 hour cooldown after each fight for all dragons, even if some of the dragons survive the fight. The strategy is to go to the next fight and replace the dragons in the team, allowing a cooldown and a new fight. Using lower leveled dragons on lower opponents is usually the way to go.

Available dragons, by rarity, that can be rescued include:

Currently, Heroic Dragons are not yet available to be rescued.

The Dragon Rescue Keys used in the Missing Dragon Rescue are a new, permanent resource. Keys will stay with the player from one rescue to another and do not expire. Keys can be obtained from Key Chests in limited-time events or in the shop.

Keys are used to: