Deus daily bonus is a mini-game which replaced Daily Bonus, where bigger rewards were rewarded if logged-in consecutively for 24 hrs days. This mini-game is based on the player's luck. The player has to choose a card after the game shuffles it randomly and instead shows a picture. The games reveals the prize after the player has chosen his/her card.

The game starts with 9 cards. Every card has its own unique rewards. Some of the rewards will change every week.

The odds of getting any given prize isn't 1 in 9 and the cards themselves are just for show.  Each prize has it's own rarity and most of the time you'll get one of the less impressive prizes.  The better the prize, the more difficult it is to get.

, Free Try are removed from the prizes). So you have a better chance to get a high prize.  You also don't have to wait 24 hours to use it. However, this feature has a 12 hours cooldown. Therefore, you can only use it twice per day. 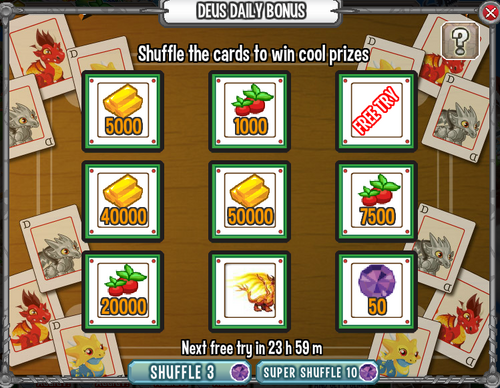 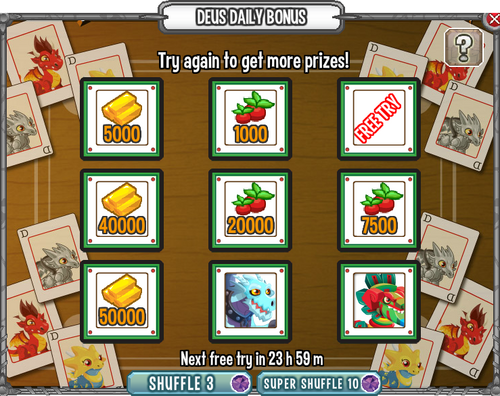 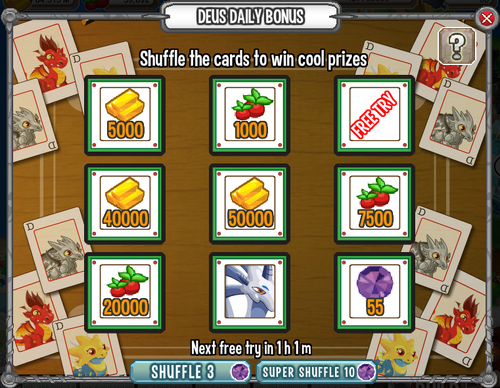 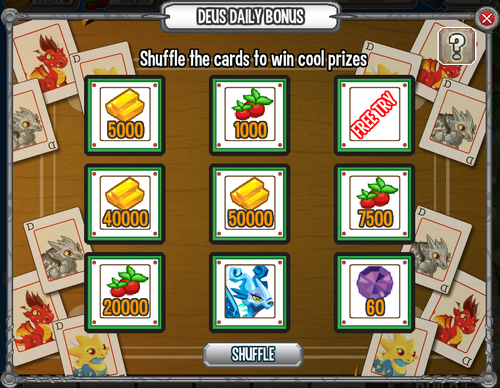 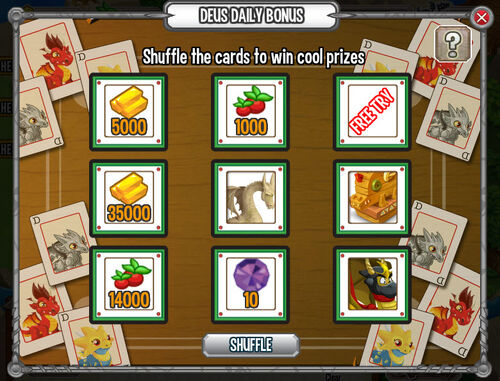