This dragon can only be obtained through breeding in the Ancient World! She hasn’t found the dragon of her dreams yet, but when she does, she will be by his side to for better, for worse, for richer, for poorer, in sickness and in health, until death do them part. 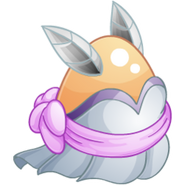 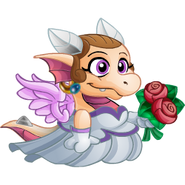 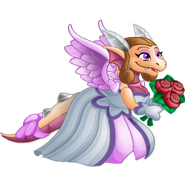 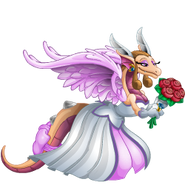 Add a photo to this gallery
Retrieved from "https://dragoncity.fandom.com/wiki/Bride_Dragon?oldid=320940"
Community content is available under CC-BY-SA unless otherwise noted.